Sergeant Gregory Martin was shot and killed during a traffic stop he called in on a stolen Dodge Ram pickup on I-77 at 2:42 am on October 5th, 1996. The suspect fled the scene and later stole a Lucia company van. In March, 2014 the suspect was sentenced to life in prison without parole. In June 2014, two more men were charged in connection with the muder. 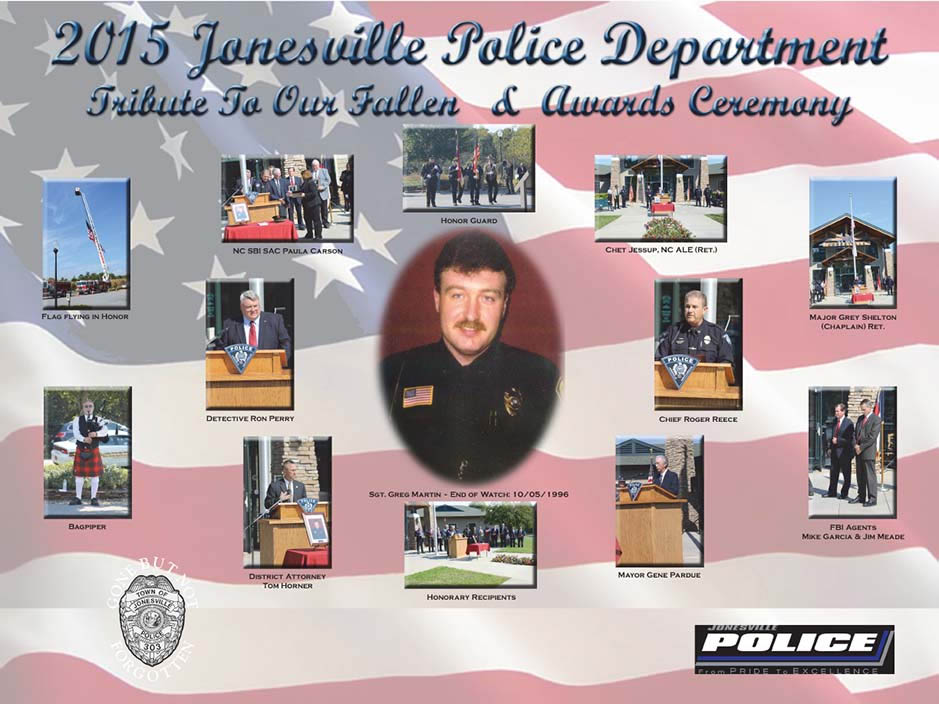 Additional information and articles about the case