The Town of Jonesville, originally Martinsborough, was established about 1798 and had its origins in the iron ore mining that began in the 1700s. Incorporated in 1811, the town’s name was changed to Jonesville in 1815 in honor of a local citizen, Hardy Jones. The town grew to prominence because of the Jonesville Male and Female Academy, which drew students from across the South. The school was ransacked in the spring of 1865 by soldiers from Union General George Stoneman’s Cavalry, but the academy’s prized possession, a bell cast of bronze and 99 silver dollars, was overlooked and now resides atop the Jonesville First United Methodist Church. In 2001, Jonesville merged with the neighboring town of Arlington (incorporated 1930), which added about 800 people to Jonesville’s population. The town experienced unprecedented growth after Interstate 77 opened in 1974, and was named a “Governor’s Community of Excellence” in 1980.

Comments: Located in the heart of the burgeoning wine country of the Yadkin Valley, Jonesville serves as an easily accessible gateway to not only wineries, but to fabulous scenic and recreation attractions such as Stone Mountain State Park, Pilot Mountain State Park, the Blue Ridge Parkway, and the W. Kerr Scott Dam and Reservoir.

Jonesville lies about 30 miles west of Winston-Salem and about 70 miles north of Charlotte. The nearest major commercial air terminals are in Charlotte and Greensboro.

With proximity to Interstate 77, NC Highways 21, 67, and 421, Jonesville is well served by several major roadways as well as many scenic back roads. Jonesville boasts many chain restaurants as well as several high quality, locally owned eateries. The Northwestern Regional Library has a branch within the city limits, with another branch just across the river in Elkin. 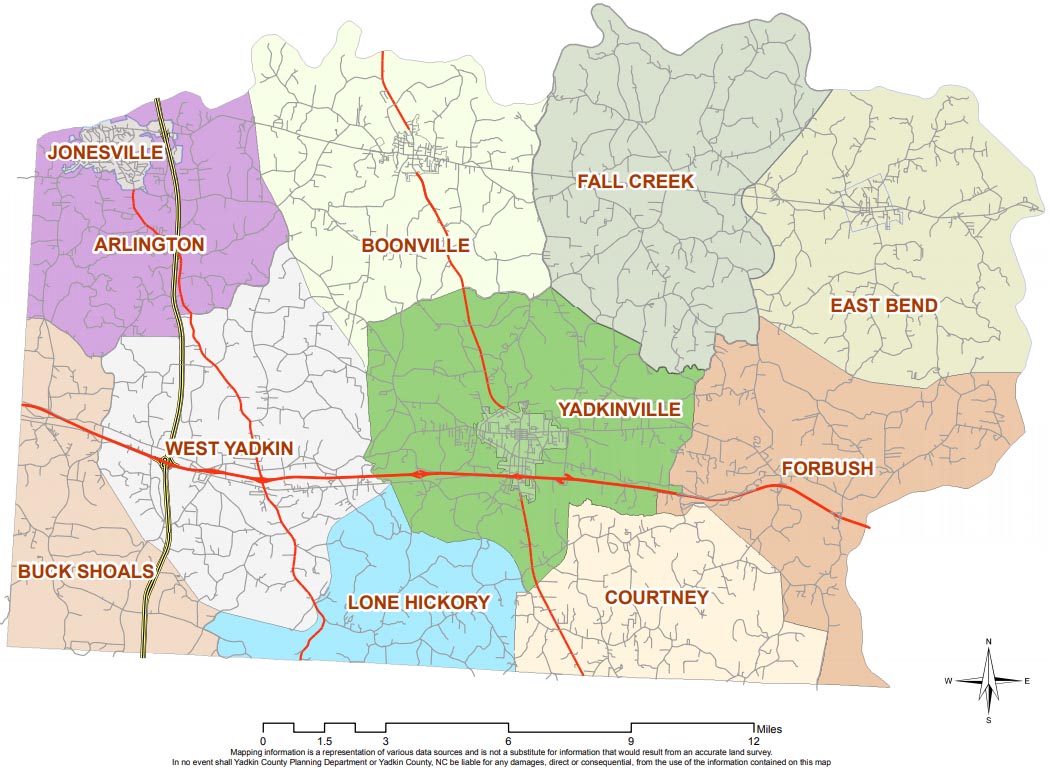 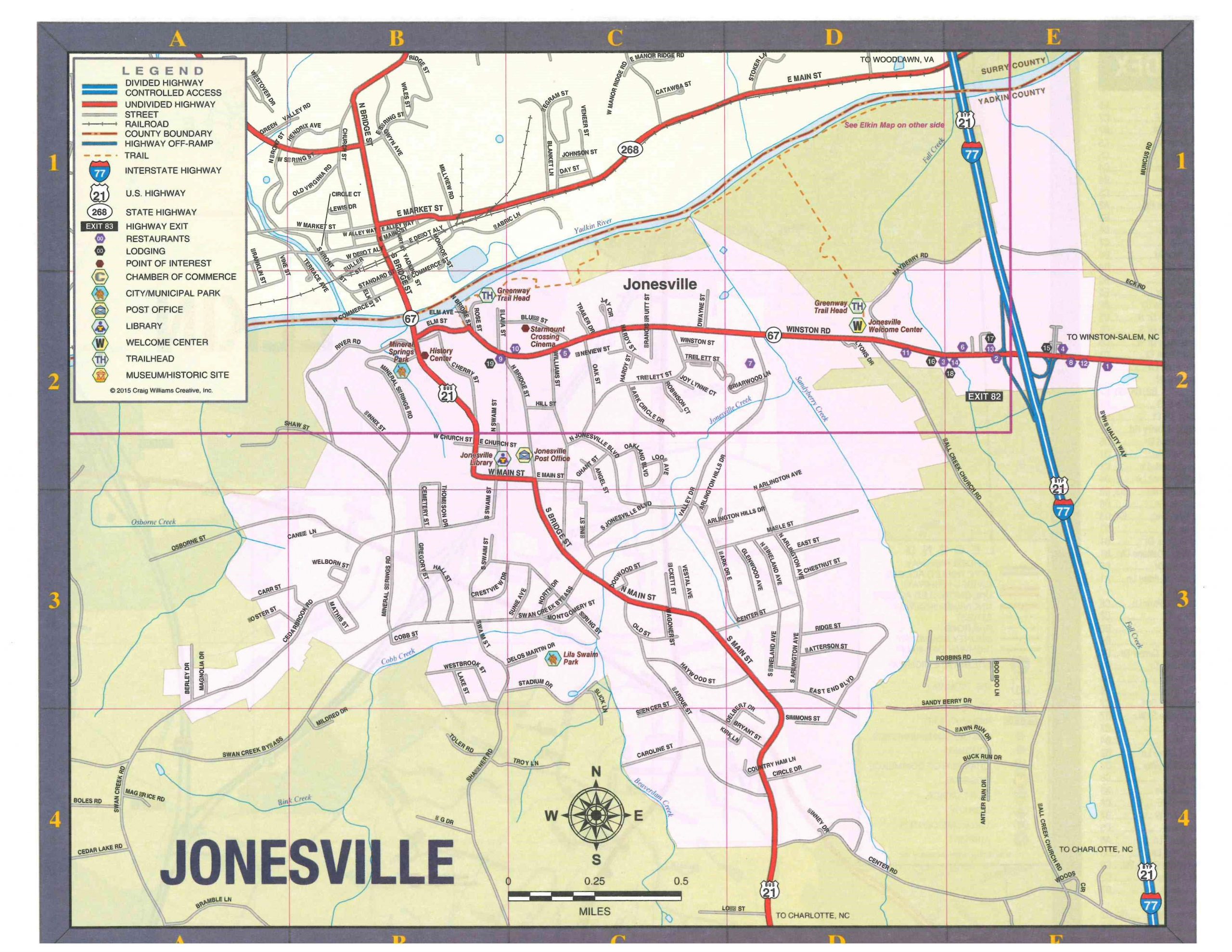 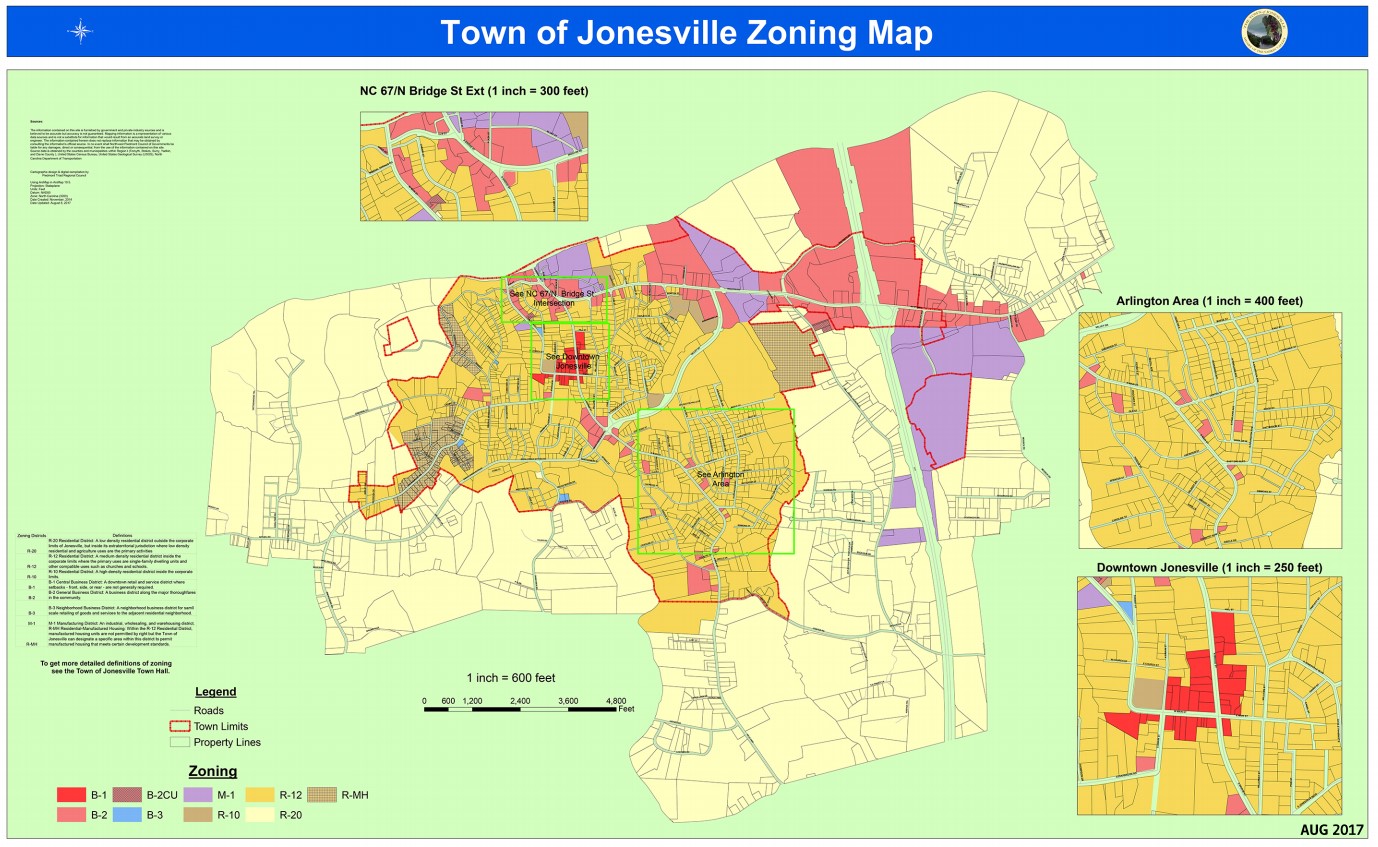